Brought to you by the Northwest’s leading regenerative medicine center and the only medically supervised, evidence-driven anti-aging clinic in the Pacific Northwest.

Brought to you by Oregon's Leading Regenerative Medicine Center 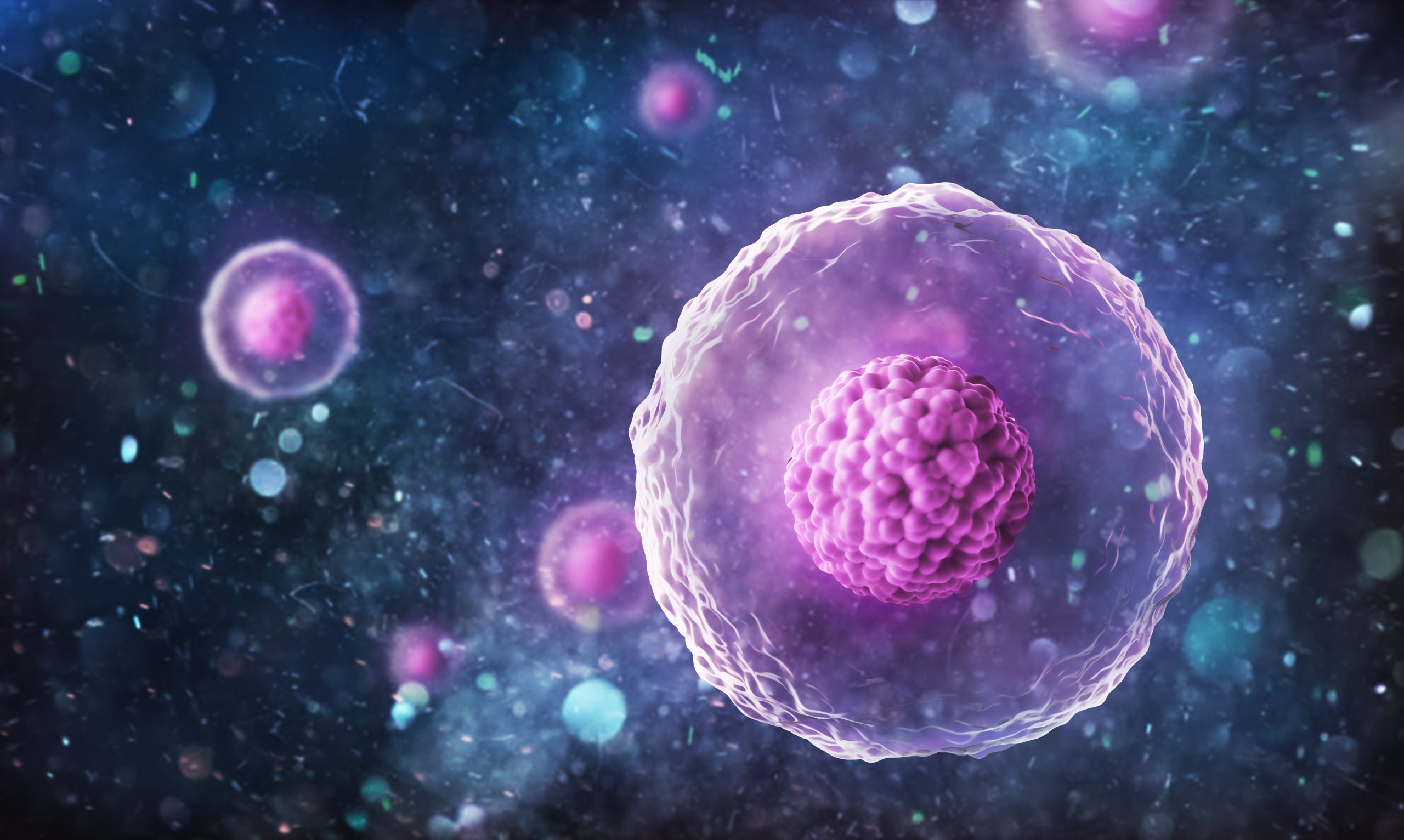 Inhibitors of mTOR: The survival pathway that is a billion years old

At least a billion years ago, all eukaryotes (organisms made up of cells that possess a membrane-bound nucleus holding genetic material as well as membrane-bound organelles) evolved a common survival and longevity mechanism, known today as mTOR, the mechanistic target of rapamycin.

It is now known that the majority of aging-related pathological diseases-atherosclerosis, osteoarthritis, cancer, diabetes, osteoporosis, neurodegeneration, Parkinson’s disease, and Alzheimers- are essentially diseases of cellular overactivity of mTOR. Overactivity of mTOR leads to accumulation of dysfunctional organelles within the cells, focusing their metabolism on growth and reproduction at the expense of longevity and durability.

The complex protein called mTOR was discovered through the investigation of the mechanism of Rapamycin, an antibiotic discovered in soil samples from remote island of Rapa Nui (Easter Island). It was found that rapamycin targeted this complex protein, and this protein was named mTOR (mechanistic target of rapamycin).

mTOR turned out to be the essential nutrient and hormone-sensing protein complex central to every cell’s ability to activate the longevity phenotype. It is now known that mTOR inhibition evolved in all complex life forms as a nutrient-stress-response mechanism of survival. One way to think of this is that when the mTOR complex senses a loss of nutrients adequate for cell replication, as in fasting or starvation, organisms “hunker down”, ceasing all but the most essential metabolic function, and activate ancient preservation and longevity genes.

Through this mTOR inhibition, we breakdown diseased cells, turn off the inflammatory pathways of senescent cell secretions, and  recycle cellular nutrients, hormones and cell signaling molecules for optimal brain function and long-term survival.

Central to this hunkering-down is the process of autophagy, the auto-digestion of non-necessary, redundant senescent cells, in which cellular organelles are recycled into their raw materials. Through mTORC1 inhibition, our longevity genes are activated, so that only essential cellular functions are preserved. In this way, mTORC1 inhibition resets cellular mechanisms so that the cellular machinery is throttled-back to promote longevity, and our so-called senescent zombie cells are targeted by lysosomes that literally break apart their defective organelles and recycle the raw materials so that essential, longevity necessary cells and cell functions are prioritized. Fasting is one of the stressors that inhibits mTORC1 and thereby activates this longevity pathway.

Rapalogs are the class of drugs that inhibit mTORC1 and activate the autophagy pathways and are the subject of great research interest in the study of aging and longevity.

The following references summarize some of what is known about mTORC1 and activation of the longevity phenotype:

This complex embodies the classic functions of mTOR, namely as a nutrient/energy/redox sensor and controller of protein synthesis.[1][2] The activity of this complex is regulated by rapamycin, insulin, growth factors, phosphatidic acid, certain amino acids and their derivatives.

The role of mTORC1 is to activate translation of proteins. In order for cells to grow and proliferate by manufacturing more proteins, the cells must ensure that they have the resources available for protein production. Thus, for protein production, and therefore mTORC1 activation, cells must have adequate energy resources, nutrient availability, oxygen abundance, and proper growth factors in order for mRNA translation to begin.

Autophagy is the major degradation pathway in eukaryotic cells and is essential for the removal of damaged organelles via macroautophagy or proteins and smaller cellular debris via microautophagy from the cytoplasm.[50] Thus, autophagy is a way for the cell to recycle old and damaged materials by breaking them down into their smaller components, allowing for the resynthesis of newer and healthier cellular structures.[50] Autophagy can thus remove protein aggregates and damaged organelles that can lead to cellular dysfunction.

mTORC1’s ability to inhibit autophagy while at the same time stimulate protein synthesis and cell growth can result in accumulations of damaged proteins and organelles, contributing to damage at the cellular level.[54] Because autophagy appears to decline with age, activation of autophagy may help promote longevity in humans.[55] Problems in proper autophagy processes have been linked to diabetes, cardiovascular disease, neurodegenerative diseases, and cancer.

mTOR inhibition in turn activates autophagy and starts a quality control program that removes damaged lysosomes,[57] referred to as lysophagy,[

“Chronological age represents the greatest risk factor for many life-threatening diseases, including neurodegeneration, cancer, and cardiovascular disease; ageing also increases susceptibility to infectious disease. Current efforts to tackle individual diseases may have little impact on the overall healthspan of older individuals, who would still be vulnerable to other age-related pathologies. However, recent progress in ageing research has highlighted the accumulation of senescent cells with chronological age as a probable underlying cause of pathological ageing. Cellular senescence is an essentially irreversible proliferation arrest mechanism that has important roles in development, wound healing, and preventing cancer, but it may limit tissue function and cause widespread inflammation with age. The serine/threonine kinase mTOR (mechanistic target of rapamycin) is a regulatory nexus that is heavily implicated in both ageing and senescence. Excitingly, a growing body of research has highlighted rapamycin and other mTOR inhibitors as promising treatments for a broad spectrum of age-related pathologies, including neurodegeneration, cancer, immunosenescence, osteoporosis, rheumatoid arthritis, age-related blindness, diabetic nephropathy, muscular dystrophy, and cardiovascular disease. In this review, we assess the use of mTOR inhibitors to treat age-related pathologies, discuss possible molecular mechanisms of action where evidence is available, and consider strategies to minimize undesirable side effects. We also emphasize the urgent need for reliable, non-invasive biomarkers of senescence and biological ageing to better monitor the efficacy of any healthy ageing therapy.

Rapamycin: An InhibiTOR of Aging Emerges From the Soil of Easter Island

Rapamycin is a macrolide produced by the bacterium Streptomyces hygroscopicus and first discovered in soil samples from Easter island (1). Although rapamycin was originally described as an anti-fungal agent, it was soon discovered that rapamycin has immuno- suppressant activity, inhibiting T-cell proliferation (2,3), and that it suppressed incorporation of amino acids into cellular proteins, inhibiting protein translation (4). Rapamycin is structurally similar to the immunosuppressant macrolide FK506, which inhibits calcineurin activity and IL-2 production in T cells (5–7). Several studies performed comparative analyzes of rapamycin and FK506 mechanism of action, leading to the identification cloning of a common binding protein (FKBP12). The same year that the structure of FKBP12 was discovered, the genes targeted by the rapamycin–FKBP complex (Tor1 and Tor2), which encode for the protein TOR, were identified in yeast, and soon afterwards its mammalian homologue, the mechanistic target of rapamycin (mTOR) was isolated (reviewed in (8)). Over the last 20 years—particularly in the last decade—our understanding of the diverse set of cellular functions and substrates regulated by this kinase has grown by leaps and bounds. It has become clear that mTOR is sensitive to many varied environmental and endocrine stimuli and that mTOR is a central regulator not only of growth and proliferation but also of metabolism and even aging.

mTOR is a serine/threonine protein kinase that belongs to the phosphoinositide 3-kinase (PI3K)–related kinase family and is found in two protein complexes (mTORC1 and mTORC2) with distinct protein components and substrates (9). mTORC1 is acutely sensi- tive to environmental stimuli, most famously amino acids but also glucose and oxygen, whereas mTORC2 is best characterized as an effector of insulin/IGF-1 signaling downstream of PI3K (reviewed in (10–12)). mTORC1 controls protein translation, autophagy, and many other cellular processes through the phosphorylation of sub- strates that include S6K, 4E-BP1, and ULK1, whereas mTORC2 is required for maximal activation of numerous kinases, includ- ing AKT. Although a full discussion of how mTOR signaling co- ordinates cellular processes with the availability of nutrients and hormonal signaling is beyond the scope of this review, it is worth noting that the past year has seen significant advances in our under- standing of how mTORC1 activity is regulated by amino acids at the molecular level. Sestrin2 was identified as a leucine-binding pro- tein and CASTOR1/2 as arginine-binding proteins which regulate mTORC1 localization to the lysosome; SLC38A9 was identified as a lysosomal arginine transporter that signals arginine sufficiency to mTORC1 via Ragulator (13–16).

Reversal of epigenetic aging and immunosenescent trends in humans